The concerted efforts to censor independent media on social media began in earnest following Facebook’s announcement this past May that Facebook would be teaming up with the notoriously hawkish, government- and corporate-funded think tank, the Atlantic Council.

(MINT PRESS NEWS) – Facebook announced on Thursday that it was removing more than 800 pages from its platform, accusing the pages of “inauthentic behavior” even though the pages produced “legitimate” content. According to Facebook, the “inauthentic behavior” involved using “sensational political content – regardless of its political slant – to build an audience and drive traffic to their websites.” In other words, the pages were removed for publishing and promoting controversial political content.

Notably, Facebook’s statement on the mass purge of pages was co-authored by Facebook Head of Cybersecurity Nathaniel Gleicher, who is a former White House National Security Council director of cybersecurity policy.

Twitter also banned many of the pages targeted for deletion by Facebook on Thursday, suggesting a coordinated censorship effort between the two most popular social media platforms.

Many of the pages banned had millions of likes, such as the Free Thought Project (3.1 million likes), Antimedia (2.1 million), Cop Block (1.7 million), and Police the Police (1.9 million). Several of the pages that were deleted on Thursday had been targeted by Facebook in recent months, both through new censorship algorithms and Facebook’s controversial team of “fact checkers.” 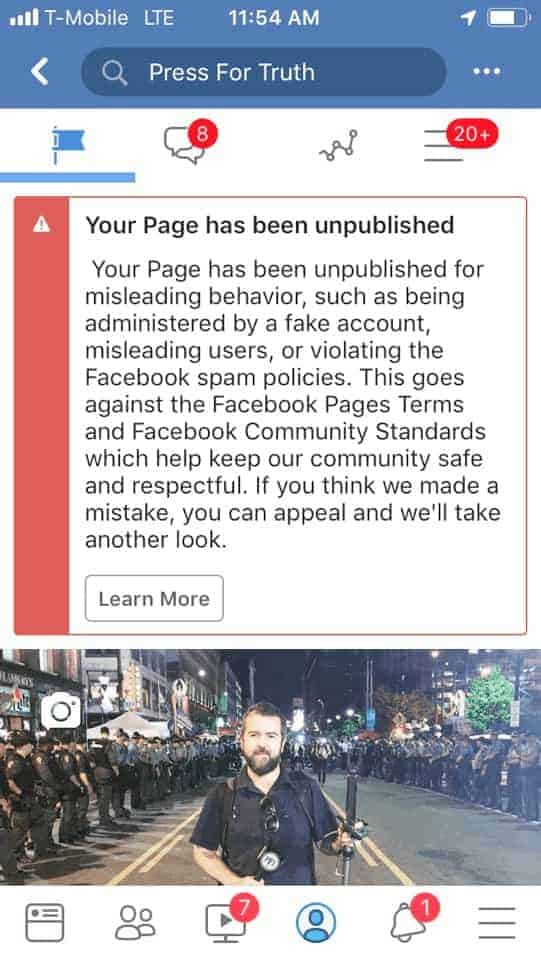 For instance, the Free Thought Project had been flagged earlier this year as “fake news” by Facebook “fact checking” partner organizations, including  the Associated Press (AP) and Snopes. In one case, a story published by the Free Thought Project was flagged as “false” by the AP. That story, which detailed the documented case of Senator Jeff Merkley (D-OR) being forcibly removed from a DHS migrant detention center that had once been a Walmart, was marked false because the AP asserted that the article made the claim that Walmart was housing immigrants for DHS. However, the article does not make the claim, instead accurately noting that the facility used to be a Walmart.

Censorship algorithms had also greatly affected traffic to the recently deleted pages for much of the past year. In the case of Antimedia, its traffic dropped from around 150,000 page views per day in early June to around 12,000 by the end of that month. As a reference, in June of last year, Antimedia’s traffic stood at nearly 300,000 views per day.

Thursday’s “purge” of various high-profile independent media and activist pages follows the cross-platform social-media banning of controversial far-right firebrand Alex Jones and his website InfoWars. Jones was banned by both Twitter and Facebook in August for allegedly violating community standards and the move sparked fears that the mass banning of Jones from the platform would create a precedent for increased censorship of other less controversial media sites.

Even in August, it was clear that social-media censorship efforts would not stop with Jones, as the left-leaning news service teleSUR found its English page unpublished on Facebook for the second time this year. The page, which had nearly 400,000 followers at the time of its removal, had been unpublished without explanation, and no apology was issued for its removal after Facebook restored the page’s functionality.

Prior to August, some pages that promoted natural health along with political news had been banned from Facebook this past June. One such page, Collectively Conscious, saw its Facebook page, with over 900,000 likes and follows, deleted without warning after Facebook said the page “violated its terms of use agreement” but did not state which terms had been violated. Other similar pages, such as Nikola Tesla and Earth We Are One, were likewise suddenly deleted without explanation.

These efforts to censor independent media on social media began in earnest following Facebook’s announcement this past May that Facebook would be teaming up with the notoriously hawkish think tank, the Atlantic Council. According to Facebook, the Atlantic Council – which is funded by the governments of the U.S., U.K. and the United Arab Emirates, as well as U.S. weapons giant Lockheed Martin, among other corporate sponsors – would serve as Facebook’s “eyes and ears” in its efforts to clamp down on “disinformation” and “fake news.” The Atlantic Council’s Digital Forensics Research Lab (DFRLab) has a poor track record of accuracy in flagging fake news and fake accounts, often identifying the accounts of actual people as Russian bots for merely disagreeing with establishment narratives.

Making the official narrative the only narrative

The timing of Facebook and Twitter’s recent purge of independent media and activist pages on their platforms is notable, as the move was made just weeks before the November 6 U.S. midterm elections. Facebook’s statements regarding the purge are particularly noteworthy in this regard, as the social-media giant admitted that the content of these pages was “legitimate,” political in nature, and largely run by American citizens.

While censorship efforts had long used concerns of “Russian meddling” and influence as justification, this new phase of the crackdown seeks to taper domestic political organizing efforts by Americans, who by law are allowed to participate in the political process by creating and distributing political content. This seems to suggest that “election meddling” now involves promoting or producing any content that does not fit with narratives accepted by the government or the establishment at large.

However, midterm elections are unlikely to be the only factor driving the decision to remove independent media pages from social-media platforms. Indeed, as the Trump administration continues to expand its wars abroad, there have been several indications that a broader war is in the works. Were such a war to be pushed either prior to or after the midterms, the lack of independent media voices on social media should be of great concern, as the corporate media has consistently and uncritically backed regime-change wars abroad.

This is particularly true in the cases of wars that use events such as “false flag” attacks as their moral or official justification. A homogeneous “pro-war” media landscape will greatly bolster the government’s ability to “manufacture consent” for future wars abroad, no matter how disastrous their consequences may be.

Independent media have long been an important check on government efforts to wage war and clamp down on human rights both domestically and abroad. If these voices continue to be silenced, governments – particularly the U.S. government – will have little difficulty in stifling counter-narratives to troubling policies and critically important events, to the detriment of us all. 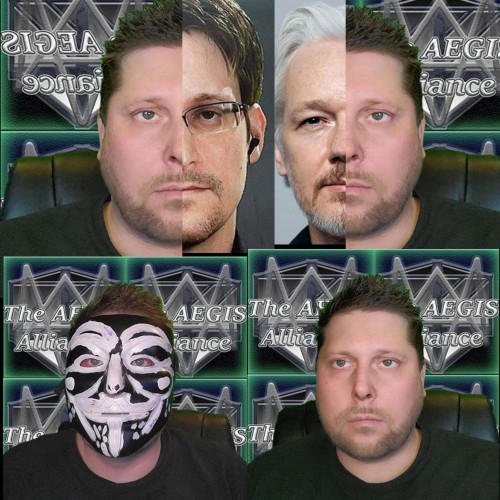